Internet Protocol version 6 (IPv6) is the most recent version of the Internet Protocol (IP), the communications protocol that provides an identification and location system for computers on networks and routes traffic across the Internet. IPv6 was developed by the Internet Engineering Task Force (IETF) to deal with the long-anticipated problem of IPv4 address exhaustion. IPv6 is intended to replace IPv4.[1] In December 1998, IPv6 became a Draft Standard for the IETF,[2] who subsequently ratified it as an Internet Standard on 14 July 2017.

Devices on the Internet are assigned a unique IP address for identification and location definition. With the rapid growth of the Internet after commercialization in the 1990s, it became evident that far more addresses would be needed to connect devices than the IPv4 address space had available. By 1998, the IETF had formalized the successor protocol. IPv6 uses a 128-bit address, theoretically allowing 2128, or approximately 3.4×1038 addresses. The actual number is slightly smaller, as multiple ranges are reserved for special use or completely excluded from use. The two protocols are not designed to be interoperable, and thus direct communication between them is impossible, complicating the move to IPv6. However, several transition mechanisms have been devised to rectify this.

IPv6 provides other technical benefits in addition to a larger addressing space. In particular, it permits hierarchical address allocation methods that facilitate route aggregation across the Internet, and thus limit the expansion of routing tables. The use of multicast addressing is expanded and simplified, and provides additional optimization for the delivery of services. Device mobility, security, and configuration aspects have been considered in the design of the protocol.

Traceroute is a network diagnostic tool used to track in real-time the pathway taken by a packet on an IP network from source to destination, reporting the IP addresses of all the routers it pinged in between. Traceroute also records the time taken for each hop the packet makes during its route to the destination.

Traceroute most commonly uses Internet Control Message Protocol (ICMP) echo packets with variable time to live (TTL) values. The response time of each hop is calculated. To guarantee accuracy, each hop is queried multiple times (usually three times) to better measure the response of that particular hop. Traceroute uses ICMP messages and TTL fields in the IP address header to function. Traceroute tools are typically included as a utility by operating systems such as Windows and Unix. Traceroute utilities based on TCP are also available.

What traceroute is used for?

Traceroute is a useful tool for determining the response delays and routing loops present in a network pathway across packet switched nodes. It also helps to locate any points of failure encountered while en route to a certain destination.

How to use traceroute on your device? 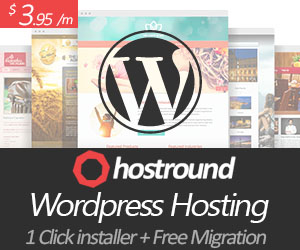